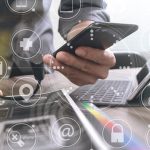 There’s big news for office networking in 2019: Microsoft will be releasing brand new versions of Windows 10 on a set schedule throughout the year, and will also be retiring older versions of Windows from support. While businesses and other consumers are capable of ignoring schedules for upgrades as they wish, it is a better idea for all IT personnel at companies across the globe to mark their calendar with some of the biggest upcoming dates. Staying up to date with these upgrades is important—there have been some significant changes to the operating system since it was released more than... View Article